2018 has been a big year in terms of my computing life. I switched "main" computers for the 5th time ever. Which doesn't seem like that big of a deal, except that the previous 4 computers cover over 22 years of my life, and I am a tech enthusiast, and computers lifespans usually don't reach a decade. The first computer I ever built was a P133MHz later upgraded to a P233MHZ MMX with a Tyan Tomcat board that had 8 SIMM sockets. I had 64MB of EDO RAM in 1998. Back then it was a big deal to get a computer with 16MB built in. I know. I'm old. But the point is, I used to be cool. After a few in-between towers with a Pentium 3 and then an Athlon 64 CPU, I had my workhorse; a 2008 Mac Pro. This Mac Pro is something that I mentioned before. Back 4 years ago, I had a video card fail and I pondered about when it would be replaced. Even after a video card upgrade and an SSD drive swap, it was starting to show its age. I didn't realize how much though...

Fast forward to late 2017 and I picked up an iPhone X. I also swapped out the trusty Mac Pro for a new iMac Pro recently. I decided to benchmark all my computing devices to take a deeper look into my upgrades. Higher numbers totally justifies the expenditures, right?

Wow. My phone beat out my upgraded, 8-core Xeon Mac Pro in both single core and multi-core performance. Yes, the computer is 10 years old. But it's still hard to believe. That computer weighs over 40 pounds. That computer is painful to lug around. My iPhone X weighs 0.38 pounds.

Granted, the Mac Pro has been my most reliable computing device ever, but I think I'm more impressed with the phone.

It was sad to see it go, but I've been able to see a lot of positive changes. For one, the large Mac Pro tower generated a lot of heat. I also had a lot of wires to deal with. I had them all velcroed tightly together and routed perfectly, but there was still a lot of them. With two Apple Cinema Displays, I had multiple USB and Firewire connections taken up, plus 3 power cables, 2 video cables, and 2 power bricks for the monitors. It took up so much room on the side of my desk, I would not walk on that side and I would have a power cable run from the wall to a UPS under my desk.

Now, I have an outlet under my desk which I installed that feeds a UPS. I also routed an ethernet cable through the floor as well instead of reaching back to my wall jack. And it all discreetly routes into the desk. 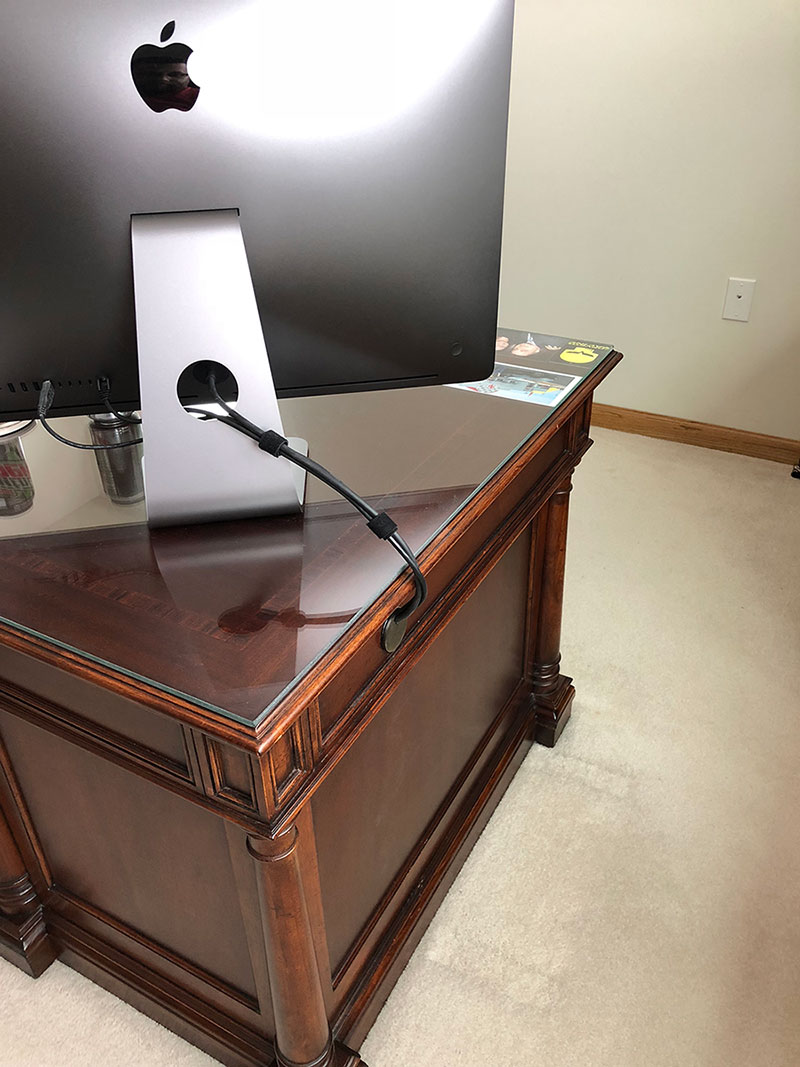 I don't know if I would ever go back to the modular Mac Pro. As long as the iMac Pro is nearly as dependable as my old Mac Pro was, I think I'm now an "iMac person".

Each day I try to read a book for at least 10 minutes. I don't always hit my mark, but slowly I've improved on this habit. I'm sharing impactful books that have helped me dramaticly.

10 years ago I started this blog and journey. One of the overarching goals was to challenge myself to reach the RHCA certification. It's the culimation of 7 exams which range from 3

Jon Schwenn
—
My phone is faster than my Mac Pro.
Share this